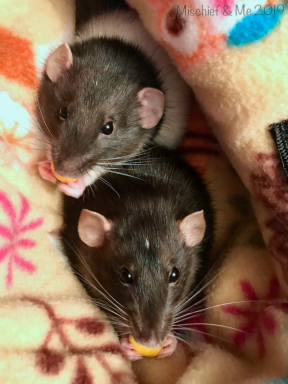 with her sister Ivy

chilling with her nose out

At the end of November 2017 — at the unfairly young age of one year and seven months — we said goodbye to our beautiful Berkshire ratty Molly. In the summer, after she’d only been with us for just over a year, we found a small lump. We tried keeping it under control with Galastop but it didn’t respond, so we just worked at keeping her happy and comfortable until the lump became an insurmountable problem.

She coped with it astonishingly well for four months and never had any other health problems. In the end, it was only when the risk of the lump ulcerating became too high that we had to make the sad decision to let her go.

One thought on “Molly RIP”